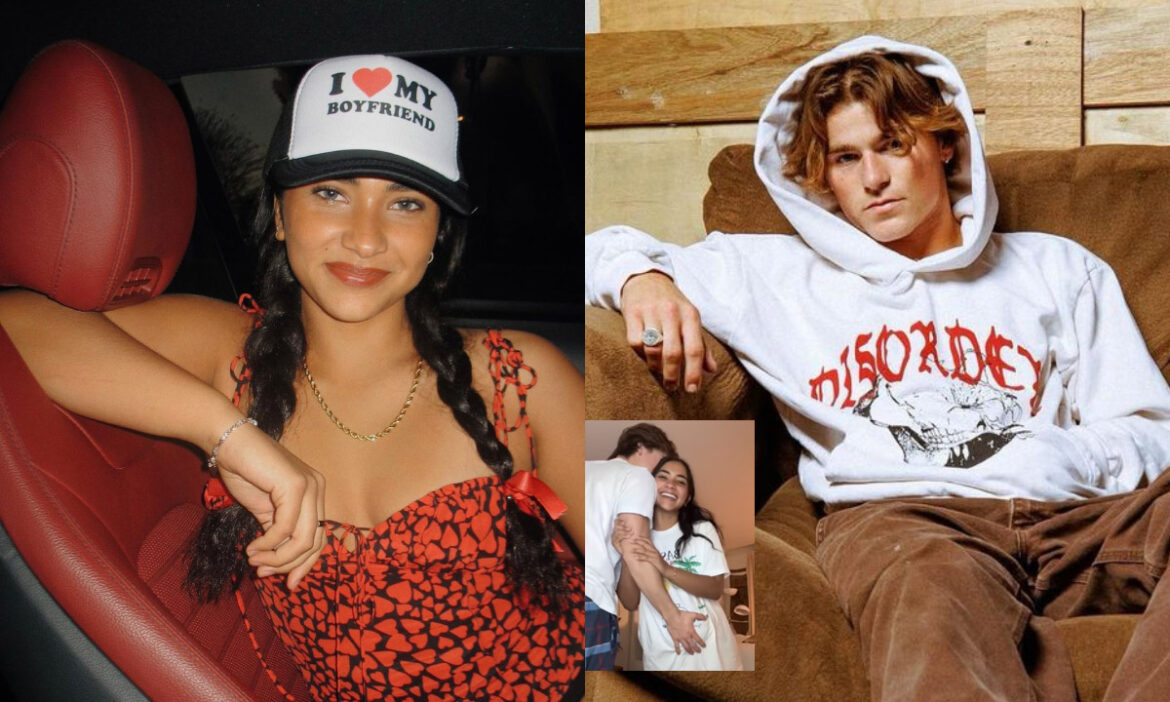 American social media personality Sienna Mae Gomez is rumored to be pregnant after she posted a picture of her boyfriend kissing her stomach on Snapchat.

Gomez shared a Snapchat photo of herself wearing a white two-piece on January 4, 2023. In the picture, her boyfriend, Cole Hosman, was kissing her stomach while she was taking a mirror selfie.

As soon as she posted the photo, it went viral, and many fans assumed she was pregnant. Similarly, TikToker Amanda Christine reposted the photo on her TikTok.

Following the TikTok video, one follower commented, “awww hopefully she is, she’s been so happy with him,” while another said, “I feel like it’s more of a body-positive thing like kissing on her stomach idk.”

After a few days, Gomez herself debunked the pregnancy rumors. On January 12, 2023, she posted a video stating that she was not pregnant and instead promoted her swimsuit merchandise with the promo code “notpregnant” for a 20% discount.

“Lord, I almost had a heart attack,” one social media user wrote, while another said, “Best promotion ad ever.”

Moreover, many people thought the couple looked cute together and were curious about their love life.

Gomez first posted a photo of Hosman on August 25, 2022. She took to Instagram Stories to share a mirror image of herself lying in bed with her boyfriend on top of her. Since then, the social media personality has been posting stories and posts about her dating life.

She also wrote her heart out on her blog, ‘How I Fell for My Boyfriend’ on September 29, 2022. In the blog, she stated that when she met Hosman for the first time, she felt at ease, as if they had known each other for a long time.

Likewise, Gomez believed she was at ease because she took the time to figure out what she wanted after ending her previous relationship. The social media personality stated that she did not fall in love with her new boyfriend but chose to love him.

Gomez has a net worth of under $1 million. The primary source of her income is from TikTok and Instagram. She is mainly known for her dancing and body positivity videos on Tiktok.

Sienna Mae Gomez is the owner of Siennaswim. (Source: Instagram)

Gomez is not only a well-known figure on the internet but also the owner of Sienna Swim. Siennaswim has an Instagram account with 35.5k followers and is all about high-quality swimwear for women of all sizes. Her company is expanding daily, and her products receive numerous positive reviews.

Furthermore, Gomez has a merchant shop for her fans where she sells fashionable quality t-shirts, phone covers, backpacks, and others. She might also generate additional income from her merchant shops and swimsuit business. As a result, the social media influencer’s net worth may increase significantly in the near future.