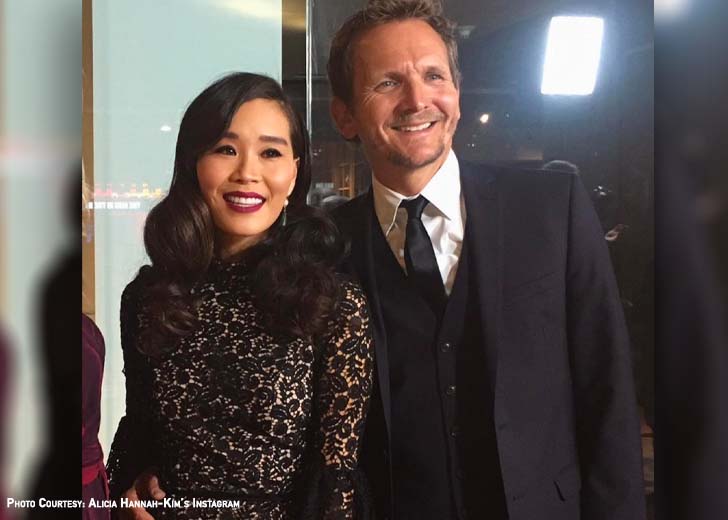 Cobra Kai star Alicia Hannah-Kim has been married to fellow actor Sebastian Roché for over 8 years.

Roché is a Scottish-French actor best known for his various roles on Odyssey 5, Fringe, The Man in the High Castle, The Young Pope, Supernatural, Vampire Diaries, The Originals, and many more.

Here’s a look at the couple’s long-lasting married life and their previous relationships!

On May 31, 2014, Roché married actress Hannah-Kim at Chateau Les Bouysses in Mercues, France, according to PEOPLE.

The week-long celebration concluded in a small ceremony attended by 50 close friends and family members. Oded Fehr, who played The Mummy’s officiant, described the celebrations as a French fairytale.

“Picturesque rolling grape orchard hills, with a river lazily flowing between them. A 700-year-old castle. Local wine. Baguettes with brie that tastes of heaven. A group of strangers whom will forever be friends All just a lead in to the most incredible wedding,” he told PEOPLE.

Kim, who recently surfaced on the internet for her role in Cobra Kai, donned a handmade gown of silk organza and Chantilly lace by Los Angeles designer Seo Ho Seok for her wedding day.

“We worked for six months to create a gown worthy of a fairytale,” she said. “I felt like I was floating.”

When the groom, born in Paris, met Hannah, he realized she was unique.

“I was smitten and knew she was ‘the one,’ I gave Alicia my number and she never called me!” Roché said.

“We stayed friends nonetheless and thank goodness, turned into something more than two and a half years ago. I proposed on the eve of her birthday in Topanga Canyon last year,” the actor continued.

The Adventures of Tintin star took his bride to Corsica for their honeymoon and posted images of the trip on his Instagram. The duo has been together ever since, but the insides of their married life are kept private.

Although the couple has been together for a long time, it is the second marriage for the 58-year-old actor. Roché was once previously married to another American actress, Vera Farmiga. Roché met Farmiga while working on the Fox series Roar with her.

After the series concluded in 1998, they eloped to the Bahamas and resided on a 125-acre home in Upstate New York. Roché and Farmiga divorced in 2004 after seven years of marriage.

They do not share any children together. However, Farmiga has 2 kids from her second marriage.

Sebastian Roché lived on a Yacht for most of his childhood

Roché was born in Paris, France, to Philippe Roché, a French father, and Gail Stewart, a Scottish mother.

He lived aboard a yacht with his parents and two brothers from age 12 to 18, sailing through the Mediterranean, Africa, South America, and the Caribbean.

Roché began working in French theater, cinema, and television after graduating in 1989.