When Gianni DeCenzo was 14 years old, he was diagnosed with diabetes. 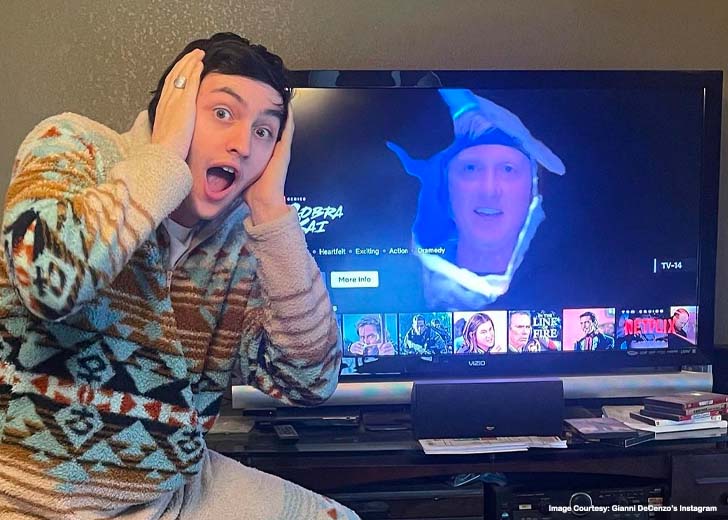 Gianni DeCenzo has been in Hollywood for a long time, but he has been well known in the industry since he made his appearance as Demetri Alexipoulous in the hit Netflix show Cobra Kai.

The character of Demetri in the hit television series Cobra Kai has undoubtedly taken some unexpected twists and turns. Initially awkward and unsure, Demetri comes into his own as a force to be reckoned with by season two of Cobra Kai.

The actor is currently a well-known figure in the entertainment industry, and internet searches for him are increasing.

1. Gianni DeCenzo began acting when he was eight years old

DeCenzo started performing in puppet shows for his mother when he was five. His interest in acting grew as he grew older. Around that time, he began participating in school plays.

Even though he may have inherited some acting talent from his parents, he still had to work extremely hard for over a decade.

When DeCenzo was eight years old, he approached his parents and asked when he would be on TV. Later, his mother took him to his front yard, took some photos, and sent them to agents.

He received a few calls and also appeared in a few short films and commercials. On the other hand, his parents initially thought of him as a passing phase. They thought he’d only do acting to pay for college, and no one in his family imagined he’d get to where he is now.

DeCenzo made his film debut in 2011 with the short film The Lucky One. According to IMDb, he now has 19 acting credits in total. His notable projects include Liv and Maddie, Coop and Cammi Ask the World, NCIS, and Cobra Kai.

2. Gianni DeCenzo’s parents inspire him to be an actor

DeCenzo was born to parents who were both actors back in the day. His favorite interview story is about how he was probably always meant to be an actor because his parents were actors. He proposed to her, where they first met in an acting class.

In a December 2021 interview with Cryotice Rock, he stated, “Because of that, it has always been in my family.”

Although the actor has never really talked about his family’s history or anything like that, his last name hints that he is from Sardinia, the most oversized island in the Mediterranean Sea.

The film Karate Kid was released in 1984, which means DeCenzo was born 16 years later. He never got to experience the movie’s initial buzz, but his father, who was still a child then, did and developed a special bond with it.

So when DeCenzo was offered a role on Cobra Kai, it was a special moment for the father-son duo. Even though they had already discussed acting, the legend of Karate Kid and Cobra Kai gave them something new to talk about.

He told Collider, “I was just excited to be a part of it because it was something I could share with my father. Growing up, it was a product of his generation, and now I get to work on it.”

DeCenzo, a cast member of Cobra Kai, trained in Karate. The show is based on the Karate Kid films, but it isn’t the only martial art they learn. The actors took the training between seasons and chose a different martial art to practice.

The actor told Cheat Sheet, “I try to stay flexible.” He also enjoyed taking Krav Maga classes with his father, an Israeli fighting technique. He mentioned that it’s not exactly like what they have us do on Cobra Kai, but it has a lot of similar kicks and punches, so it helps in that regard.

When the actor was about 14 years old, he was diagnosed with the condition. However, he has not let the disease take control of his life.

In a January 2021 interview with The Permanent Rain Press, he admitted that while living with the disease was difficult, it did not have to affect people.

With his current exposure, he attempts to demonstrate that the illness need not be a significant problem. DeCenzo also appreciates the outreach from people who have similar health issues.