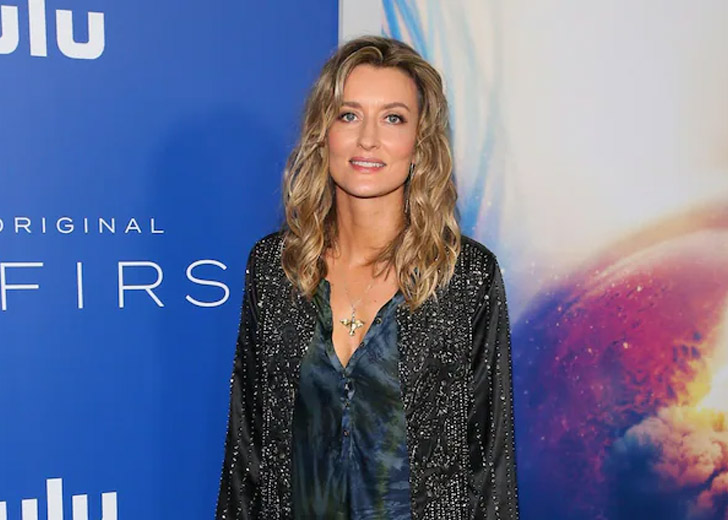 British actress Natascha McElhone has been single for a long time following the death of her husband, Martin Kelly. However, it appears that McElhone has found her love as of 2022.

McElhone’s love life has piqued the interest of netizens because she has not sparked any dating rumors or been seen getting cozy with anyone in the decade and a half since her husband died.

According to the Independent, when asked about her dating life, the actress stated, “The truth is that I probably wouldn’t talk about it even if there were.”

“At the moment, though, it’s just me and the boys. But yes, that could change, absolutely. I’m lucky. I’m good at finding happiness. I look forward with hope,” she added.

Finally, in early 2022, McElhone was spotted getting cozy with actor Sule Rimi. According to the Daily Mail, the actress was photographed kissing actor Rimi earlier this year in October. They were photographed together on a day trip to South East London.

As of now, there is little to no information available about the new couple as everything about their togetherness has been kept private.

McElhone and her husband, plastic surgeon Kelly, were a perfect match. They met when they were teenagers and married in May 1998.

The couple expanded their family soon after their marriage. Their first child, Theodore, was born in 2000, and Otis was born in 2003. Unfortunately, fate had other plans for them.

McElhone became pregnant with her and Kelly’s third child in early 2008, and due to that actress had to stay in Los Angeles, so Kelly went to London.

On the couple’s tenth anniversary, Kelly went to the family’s $2.5 million home and called his wife after finishing a late-night operation. He expressed his eagerness to see her again and excitement for the upcoming baby scan.

Unfortunately, Kelly died of a heart attack minutes after leaving that lovely final message for his wife at the age of 43.

Later, Kelly’s friend, Neil Randhawa, called McElhone to inform her of her husband’s death. When she heard the news, she dropped the phone and fell to her knees.

McElhone was devastated after her partner died. However,  she coped with her loss by writing letters to her late husband. She compiled all the notes and published a book named After You: Letters of Love and Loss to a Husband and Father.

Natascha McElhone struggled to raise her children after her husband died. (Source: Twitter)

Coping with Kelly’s death while raising three children was extremely difficult for McElhone. She had trouble sleeping because her thoughts would “gallop away.” Even two years after Kelly’s death, she thought what had happened was ridiculous.

Similarly, after Kelly’s death, the actress was unsure how to approach parenting, so she initially tried to compensate by playing the father’s role in the family. Later, McElhone realized she couldn’t do it because it would confuse her son, so she eventually stuck to her role as a mother.

Although the actress’s children did not spend much time with their father, they have similarities. McElhone stated in 2009 that Theo, like his father, loved chess and science, Otis had contagious energy, and Rex resembled Kelly.