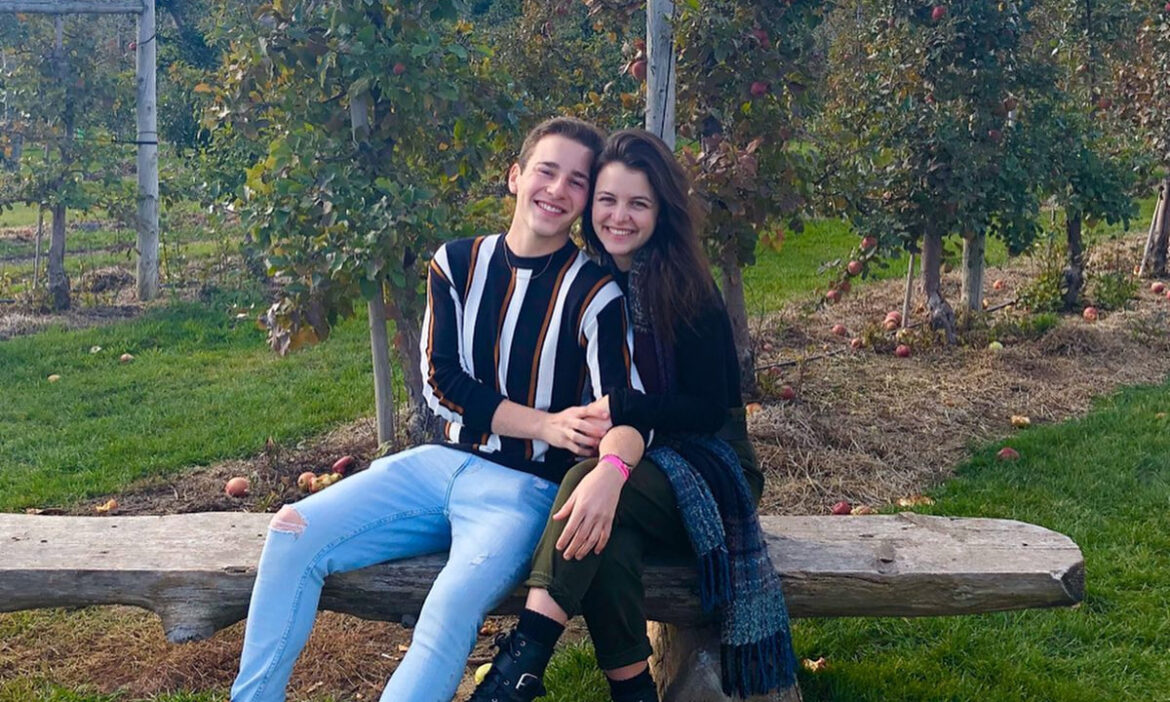 Sara Waisglass is a Canadian actress best known for her roles as Jordy Cooper in Overruled! from 2010 to 2011, Frankie Hollingsworth in Degrassi: The Next Generation and Degrassi: Next Class from 2013 to 2017, and Robyn in the 2017 film Mary Goes Round.

Currently, she is gaining recognition via the Netflix dramedy Ginny & Georgia, where she portrays Maxine Baker.

Baker is the fraternal twin sister of Marcus (Felix Mallard) and the best friend of Ginny (Antonia Gentry). Waisglass plays a lesbian in the show, leading many to believe she is one in real life.

However, it is not true. Waisglass is in a relationship with her boyfriend, who she has been dating for a long time.

Waisglass is currently dating her boyfriend, Jeremy Kellen. They have been together for over three years and often choose to keep their relationship private.

Initially, when they started dating, Waisglass revealed that the two went to the same high school. However, the two did not start dating then.

So, it seems like Kellen was Waisglass’s friend before becoming her boyfriend. She posted the first photo of the pair on July 24, 2019.

The photo was of the two sitting on a rock in front of a waterfall, smiling widely at the camera while Kellen held his girlfriend close to himself. The actress wrote in the caption, “a couple years ago Jeremy signed my yearbook: ‘hope we keep in touch, have a good summer.’ LOOK AT US NOW.”

Less than two months later, she shared another photo of the two, wishing her partner a happy birthday. She wrote, “happy birthday @jeremy.bland16 let’s go hike soon, and by that I mean get mozzarella sticks and indulge in our idiotic humor!!!! I love you, my man. HAVE THE BEST DAY!!!!!”

While they did not refer to each other as boyfriend and girlfriend, the photos and comments from common acquaintances portrayed an image of their beautiful romance.

Kellen has also posted about Waisglass on his social media. The first upload he made was of the two at Chudleigh’s Apple Farm Ltd, and Kellen captioned the post, “Guess I really know how to pick em.”

It seems like the two were not together during the COVID-19 pandemic. Waisglass took to Instagram to gush about how much she was missing her boyfriend.

She posted a picture of the two and wrote, “never thought platonic hand holding would be considered a luxury. I miss it.”

Currently, the two seem to be keeping their relationship out of the spotlight. They have not uploaded photos of each other and have not discussed their love life as well.

Who is Jeremy Kellen?

Kellen is a JD candidate at the University of British Columbia. Since 2021, he has been working on his degree and will graduate in 2024.

He started at Ryerson University in 2017 and graduated in 2021 with a degree in philosophy. On September 7, 2019, he celebrated his birthday in North York, Ontario, Canada.

Kellen has not revealed his age yet, but it looks like he is in his mid-20s. Similarly, he is Jewish and is a part of the LGBTQI+ community.

Looking at Kellen’s Instagram, he is interested in fitness. He routinely engages in outdoor activities such as trekking and visits nature-friendly locations.