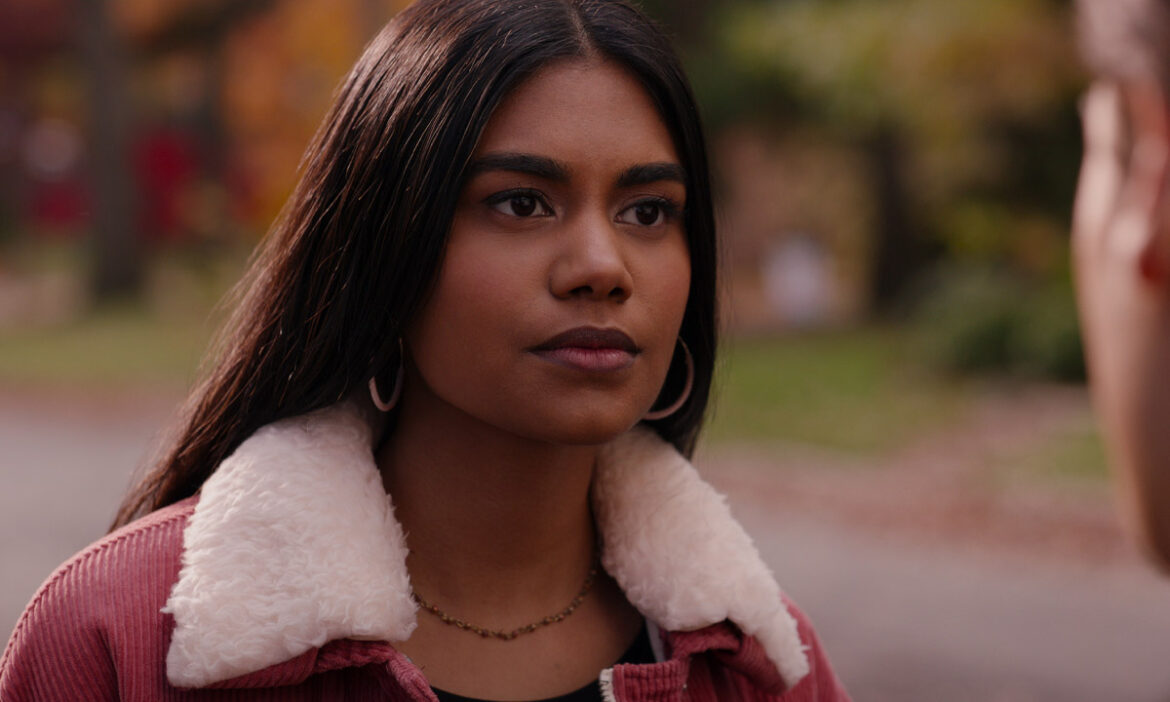 Rebecca Ablack is a Canadian actress who has gained prominence with the help of the Netflix series Ginny & Georgia.

Ginny & Georgia is an American comedy-drama television series premiered on Netflix on February 24, 2021. The sitcom was renewed for a second season in April 2021 and released on January 5, 2023.

Ginny & Georgia follows Virginia (Ginny) Miller, a 15-year-old more mature than her 30-year-old mother, Georgia Miller. The show is set in the fictional New England town of Wellsbury, where Georgia decides to settle down with her daughter Ginny and son Austin to provide a better life for them than she had.

Rebecca has a recurring role of Padma on the show. Since then, people have been curious about her life, including her parents, family, brother, ethnicity, and nationality, among others.

Not much is known about Rebecca’s parents and family. However, it is reported that they are Indo-Guyanese, meaning Rebecca’s ethnicity is also Indo-Guyanese.

However, since the actress was born and raised in Canada, her nationality is Canadian. While details about her mother, father, and family are unknown, Rebecca has mentioned how supportive they are.

While talking about ethnicity to Caribbean Collective Magazine, she said, “I’m a woman of color, and I’m living in a world that is built for whiteness.”

She added how her mom and dad supported her passions and did not let her color or culture dictate her future. With her parents’ support, she took singing and acting lessons from a young age.

She said, “My parents never showed me that you have to worry because they’re not really casting people that look like you.”

Rebecca and her brother Raymond Ablack have shared a few photos of their parents on Instagram. In 2017, Rebecca posted an old photo of their dad, jokingly calling him a model.

Similarly, in 2015, Raymond posted a picture of their father when he was young and called him “Man Crush Monday.”

Raymond and Rebecca were cast together in Ginny & Georgia. Raymond played the role of Joe, the owner of the restaurant called Blue Farm Café.

In fact, the two share screen together as well. Rebecca’s character, Padma, was first introduced as Marcus Baker’s casual girlfriend. She does not have a good relationship with Ginny because the latter is Baker’s new love interest.

In season two, Padma started working at Joe’s Blue Farm café — the restaurant owned by her real-life brother’s character, Joe. As a result, the siblings often appeared on screen together.

Rebecca and her brother were elated to be cast together for a show. Raymond took to Instagram in March 2021 to gush about sharing a dream with his sister.

He wrote, “It’s not lost on me, how impossible the odds were and how lucky I was to have shared a dream with my sister. Feeling grateful.”

Similarly, Rebecca also shared her sentiments with Caribbean Collective Magazine. “That’s a dream come true for us to be working on the same show,” she said.

Raymond is an exceptionally supportive brother and constantly uplifts his siblings any chance he gets. For instance, when Rebecca booked a role in a movie, he took to Instagram to post a picture of her and boast about it.

He wrote, “You know how I’ve been telling you that my sister is hilarious and talented and smart and woke and the next one to watch? Well, now you can. She just booked a role in a film.”

All in all, Raymond and Rebecca have a special sibling bond.