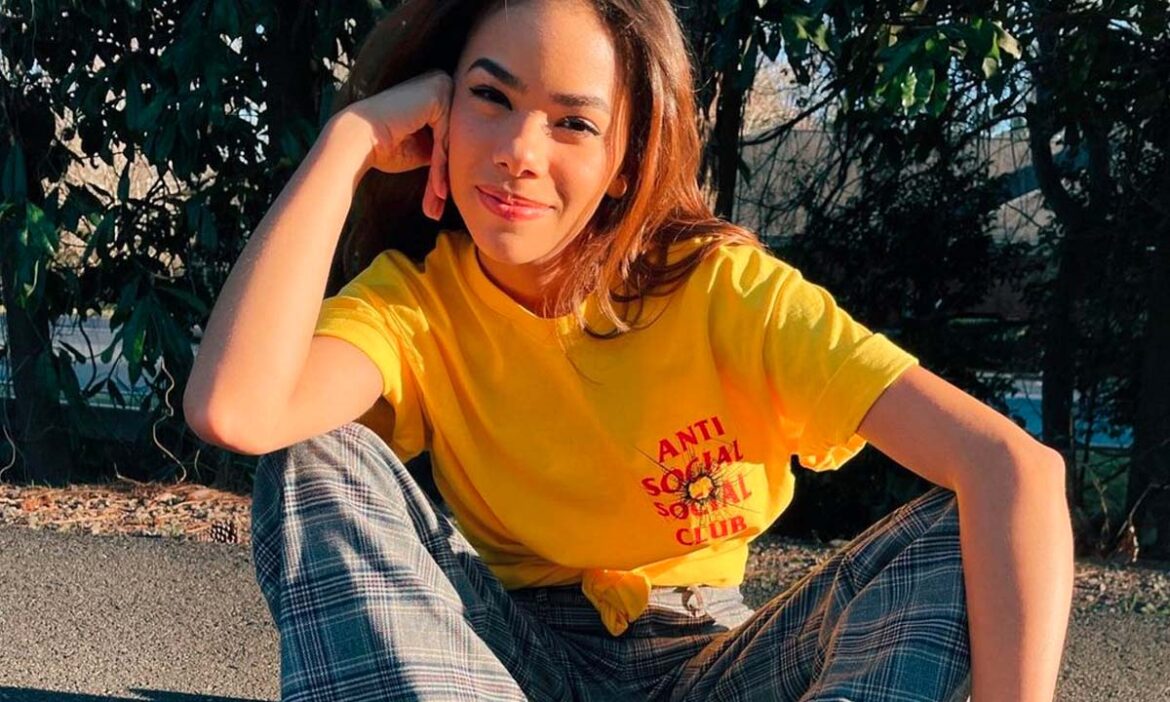 Antonia Gentry is an American actress best recognized for her performance in the Netflix series Ginny & Georgia as Virginia “Ginny” Miller. Before the Netflix show, Gentry appeared in several minor parts, including two short films in 2015.

She starred as Jasmine in the romantic comedy film Candy Jar in 2018 and appeared in one episode of the superhero television series Raising Dion. Ginny & Georgia is her biggest project to date, and since she joined the cast, she has amassed a massive fan following.

Her fans and followers have been curious about her personal life, mostly about her family, parents, and siblings. Here is everything we know about them.

Gentry was born on September 25, 1997, to her father, Tony, and mother, Sandra, in Atlanta, Georgia. During talk shows and interviews, the actress rarely talks about her family, especially her parents.

However, she has mentioned how supportive her mother is. Gentry is biracial —  her father is American, whereas her mother is Jamaican.

Being biracial was not easy for Gentry. Thankfully, her mother was there for her to confide in, talk about her issues regarding her identity, and take advice from her.

She told Teen Vogue, “My mom is Black, she’s from Jamaica. [Growing up] my mom was someone who I could confide in if I ever felt a certain way about my identity, because she understood, her being a Black woman.”

Gentry has stated in interviews that she grew up in a family of artists and musicians, which most likely inspired her desire to seek a career in the entertainment industry. Throughout her career as an actress, she has recognized her parents and other family members as sources of inspiration and support.

Antonia Gentry’s mother helped her deal with insecurities around being biracial. (Source: Twitter)

She discovered her passion for acting at the age of five. She started her journey with plays written by her mother at their community theater.

The actress made videos on her father’s video camera when she was a kid. She explained, “I would put on little character acts, and in one of [them] I actually say to the camera, ‘I think I’m going to become an actress.’”

She confessed that she still had the videos. “My mom found those videos about two years ago. It was so embarrassing but very cool to see,” she said.

She was a member of Emory’s comedy-improv group, Rathskellar Comedy Improv Group. Before graduating in 2019, she worked as an actress while attending college full-time and working part-time.

She graduated from Emory the same week she was cast in Ginny & Georgia.

Gentry has not mentioned explicitly about her siblings to date. As far as the public knows, she does not have a brother.

However, she has at least one sibling – a sister. Gentry has mentioned her sister in interviews, saying they are close and support each other in their jobs.

Little is known about Gentry’s sister because the actress keeps her personal life discreet. She has not given her sister’s name or any other information about her.

Even though Gentry does not have a brother, it is apparent that she has a tight relationship with her sister and prioritizes her family.

Similarly, her weight is estimated to be around 50kgs, approximately 110lbs.