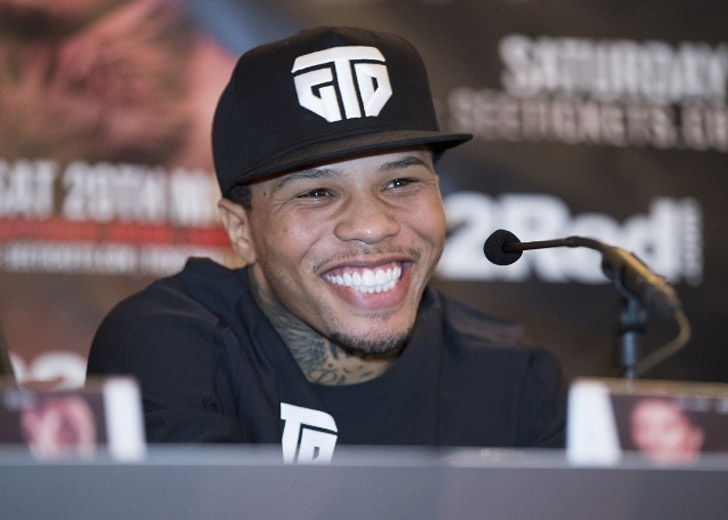 Gervonta Davis is a well-known boxing name rising through the ranks. He had won multiple championships.

Davis was born on November 7, 1994. He has been interested in boxing since childhood and began training at Upton Boxing Center when he was five.

With his boxing abilities and training, the American boxer won the 2012 National Golden Gloves Championship, three consecutive National Silver Gloves Championships from 2006 to 2008, and numerous other titles. Davis later got the nickname Tank from his former trainer.

Likewise, Davis made his professional debut on February 22, 2013, at 18, against Desi Williams. He also went six rounds for the first time in October 2014, defeating Germán Meraz.

According to the Boxing Writers Association of America, as of 2022, Davis is the tenth-best active boxer in the world.

Davis is frequently in the news, both for his fighting career and for his antics. As a result, he is extremely cautious about making public appearances. He always presents himself as the best version at any press conference or event. However, his main concern was his teeth.

Gervonta Davis’ teeth: Did he get veneers?

Davis had a minor issue with spacing between his teeth. As a result, in 2017, the boxer took to Twitter to discuss getting his teeth fixed. He wrote, “I got a bag and fixed my teeth.”

This tweet eventually went viral around social media, prompting many fans to question Davis’s real dental issue. However, to maintain their best physical appearance, Davis did not undergo any significant operations or surgeries, as other athletes and celebrities do.

Davis used veneers to fix his teeth. Veneers are tooth-colored materials that are used to cover the front surface of teeth. After a few years of wearing veneers, the boxer took to Instagram to reveal his veneer treatment. However, he later deleted the Instagram story.

On March 8, 2020, the K Word Facebook page posted pictures of Davis’ teeth before and after his teeth treatment. Along the post, the person captioned, “Gervonta Davis removed his veneers! His teeth are still stuck in Kindergarten. Boxer, Gervonta Davis, posted a picture of his teeth after getting his veneers removed. And yeah. No.”

Similarly, the admin of the K Word Facebook page asked Davis’s followers whether he should keep his teeth natural or return to veneers. Many of Davis’s supporters thought he should get the veneers. One social media user commented, “He is going to have to. He must be getting a new set, crowns, or grill.”

On the other hand, some of the boxer’s fans believe he looks good regardless. One person said, “his teeth were fine before the veneers. Just look at his old pics, he had good teeth. His two front top teeth were just a little crooked but nothing bad. All he should have done was Invisalign and he would have been fine.”