Everything To Know About Sami Zayn’s Religion And Ethnicity 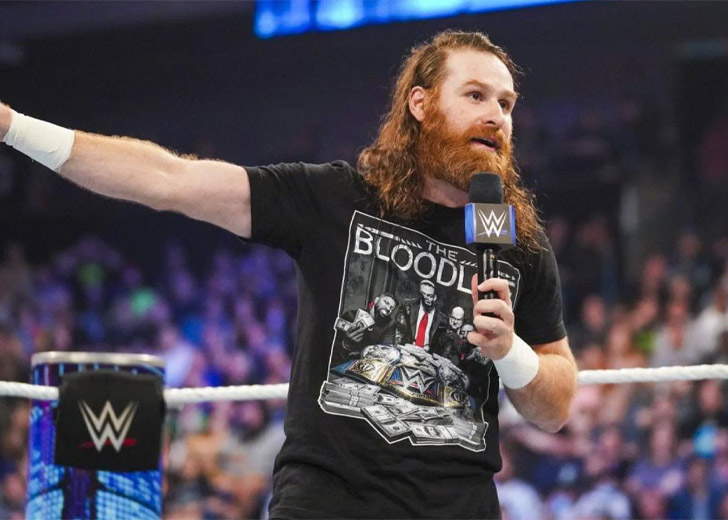 Sami Zayn is a Canadian professional wrestler currently signed with WWE and competing on the SmackDown brand. He is now a part of the stable called The Bloodline, led by Roman Reigns and consisting of other members like The Usos and Solo Sikoa.

Zayn has been a professional wrestler for 20 years, working for various promotions such as Ring of Honor before signing with World Wrestling Entertainment in 2013. Since his arrival, he has won the NXT Championship once and the Intercontinental Championship thrice.

Zayn, 38 years of age, was born and raised in Canada but now resides in Orlando, Florida, United States. However, his ethnic background is Syrian, as both of his parents are Syrian immigrants.

In the 1970s, his family immigrated to Canada from Syria. Therefore, like Zayn’s parents, he is a Muslim and speaks Arabic fluently. He mentioned that when he signed up with the WWE, he saw an opportunity to change the American public’s perception of Muslims.

The wrestler told ESPN, “It’s definitely a sensitive topic to discuss, but I have felt since I signed with the WWE, I was in a unique position to reestablish how Arabs were perceived in the WWE and western media.”

Zayn also stated that he grew up watching movies like Naked Gun and that there was always a stereotype about how Arabs were perceived and portrayed. He never imagined himself as one of the film’s Arab villains. Now that he is an adult, he realizes that not all Arabs must be villains.

Moreover, in an interview with Sport 360, Zayn stated that the WWE has never had a positive Arab character. He said, “Certainly in the WWE there has never been a positive Arab image so if I can contribute to that then I feel great about that. Not just for myself but the whole Arab market.”

Why was Sami Zayn not allowed to wrestle in Saudi?

Zayn was not permitted to wrestle in Saudi Arabia because the Saudi government had forbidden WWE from using him at Super ShowDown and other pay-per-view events held in the country due to Zayn’s Syrian ethnicity.

Saudi Arabia and Syria are Sunni Muslim-majority countries, but this does not mean they agree on everything. On the contrary, relations between the two countries had strained, particularly since the Syrian Civil War.

On the Blindboy podcast, a guest asked Zayn if he was forbidden from visiting Saudi Arabia, to which he replied, “I don’t know. I don’t know the specifics on this. To this day, I didn’t really ask because I wasn’t really keen on going anyway.”

“But WWE did a thing, a partnership or signed some sort of deal to put on these shows in Saudi Arabia for, I don’t know, what? 10 years or something like that, and I just wasn’t invited to go, and I never really dug into it too much because I wasn’t keen on going, to begin with.”

Furthermore, Zayn discussed his origins and spoke out against discrimination. He had spoken out against some of former US President Donald Trump’s Muslim-related policies. He tweeted on January 28th that he was “disgusted” by the travel ban.

Info on Allison Holker’s Age, Parents, Height, and Net Worth