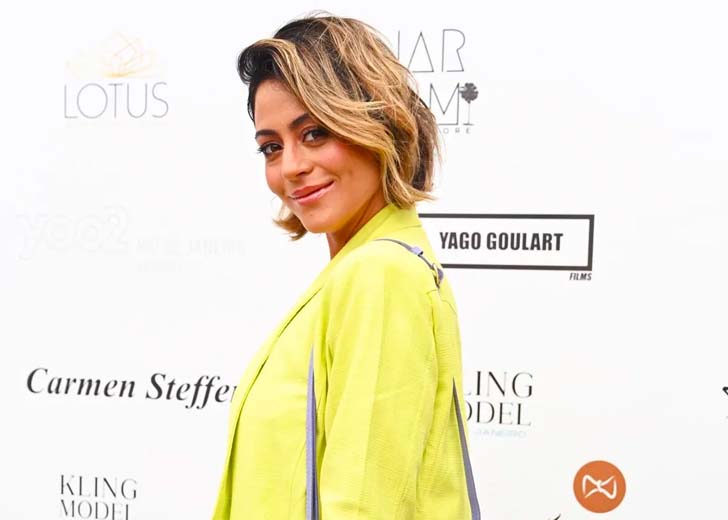 Carol Castro is an acclaimed Brazilian actress currently in the spotlight for her performance in the new Netflix series Maldivas — which aired on June 15, 2022. In it, she portrays the role of Kat Miller.

Bruna Marquezine, Manu Gavassi, and Natalia Klein are some other lead cast members of the show — Klein is also the creator and writer. The mystery-drama show has already been viewed by thousands of people and has received good reviews.

Apart from the Netflix show, Castro has appeared in many movies and TV shows, such as Peligrosa obsesión, Her Own Destiny, Bang Bang, The Prophet, Pure Beauty, Written in the Stars, Open Road, Young Hearts, Crashing Into the Future, Orphans of a Nation, and Dois Mais Dois.

Born in 1984, Castro celebrates her birthday every year on March 10. She is currently 38 years of age. Additionally, her birth name is Carolina Osorio de Castro, and her zodiac sign is Pisces.

The actress was raised in the suburbs of Rio de Janeiro by her parents, Lucca de Castro and Maria Cecília Castello Branco. While her father is a renowned Brazilian actor and theater director, her mother is a body therapist.

Apart from her parents, she has two sisters named Branca and Alice. When Carol was only five, her parents divorced. After that, she moved to Natal, Brazil, with her mother and lived at her maternal grandparents’ house until she was nine.

While there, she used to do many things, including bodyboarding, soccer, and surfing. Additionally, she used to take ballet, jazz, and gymnastics classes. When she was nine, she moved back to the state capital and began living with her father.

2. Carol Castro has an average height

The Old River actress has a slim body and average height. As per her IMDb profile, she stands at the height of 5 feet 5¼ inches or 1.66 meters. Likewise, it’s reported that she weighs around 57 kg or 126 lbs.

3. Carol Castro has been married thrice

The Brazilian actress has experienced heartbreaks multiple times in her life, and three of them were due to the end of her marital relationship. That’s right, Castro has been married and divorced thrice to date.

Starting from the start, she was in a romantic relationship with a model named João Henrique Prado. They started dating sometime in 2004 and broke up three years later, in May 2007.

Two years after the split, in 2009, she shared the wedding vows with actor Marcos Bravo. The two met while working in the stage production of Dona Flor e seus dois Maridos. But, their marital relationship didn’t last long, and they divorced in 2011.

One year later, she started dating actor and model Raphael Sander — they got married in 2014. However, just one year after getting married, in 2015, the couple decided to part ways.

Following that, Castro was in a relationship with a violinist named Felipe Prazeres — he had played music in her first marriage. They moved together in the same year, and on August 12, 2017, the actress gave birth to their first child, a daughter named Nina de Castro Prazeres.

Between their moving together and welcoming a daughter, the duo had also tied the knots. Castro and her third husband’s marriage lasted for three years as they divorced in 2019. The actress’s rep mentioned that their split was mutual and they will be working together to co-parent their child.

From September 2019 to late 2021, Castro was in a relationship with her soap opera co-star Bruno Cabrerizo. After the end of that relationship, she started dating her current boyfriend, a TV producer named Marcos Rohrig.

As of now, the two are still together, and both of them could be seen flaunting multiple pictures alongside each other via their respective Instagram handles. Furthermore, going by some of Castro’s Instagram posts, it seems they have also moved in together.

4. Carol Castro has a healthy fan following on social media

Castro is a public figure, so it’s pretty evident that she also has a good fan following across social media platforms. She is currently available on three platforms: Facebook, Twitter, and Instagram. For now, she doesn’t seem to use TikTok.

Talking about her followers, she has gained over 2 million followers on her self-named Facebook page. But the numbers decrease a little regarding her Twitter handle, where she has 1.8 million followers.

However, the numbers are at an all-time high on her Instagram handle, where she has garnered more than 3.7 million followers. It might be because she is primarily active on the photo-sharing platform and regularly gives updates about her life and profession.

5. Carol Castro has a decent net worth

Castro has made a fortune thanks to her well-established acting career. But it isn’t her only source of income as she has also done modeling. Additionally, she could also be seen endorsing different brands via her social media handles.

And all of that has resulted in the actress making healthy earnings which are enough for a living. So, how much is her net worth? Her exact earnings and net worth are yet to be disclosed, but multiple media outlets have reported her net worth to be around $5 million.