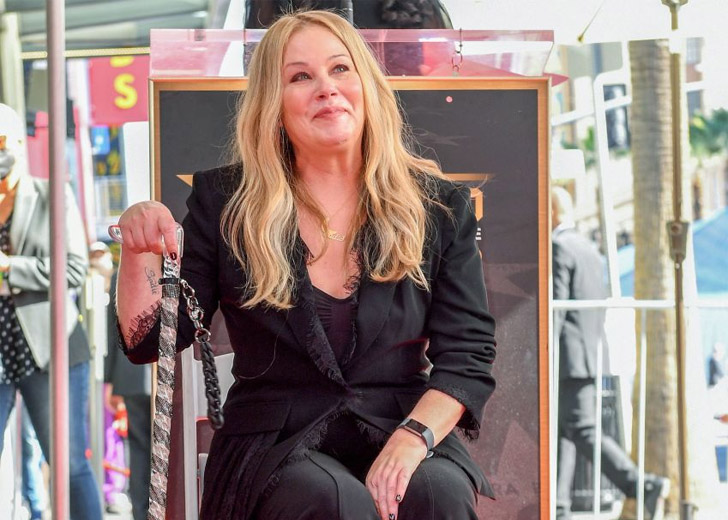 Christina Applegate recently revealed that she had gained weight and could no longer walk without a cane after being diagnosed with multiple sclerosis, shortly called MS.

In her November 2022 interview with The New York Times, she stated, “This is the first time anyone’s going to see me the way I am. I put on 40 pounds; I can’t walk without a cane. I want people to know that I am very aware of all of that.”

The American actress shocked her fans on August 10, 2021, when she revealed her diagnosis via Twitter. She tweeted, “Hi friends. A few months ago, I was diagnosed with MS. It’s been a strange journey.”

“But I have been so supported by people that I know who also have this condition. It’s been a tough road. But as we all know, the road keeps going. Unless some [explicit] blocks it,” she added.

Applegate also talked about her experiences with the MS community, saying she’s been so encouraged by people she knows who have the disease.

One such supporter is actress Selma Blair, who was diagnosed with MS in 2017 and has shared many of her experiences on social media and elsewhere. Blair tweeted to Applegate, “Loving you always,” after she revealed her diagnosis.

Applegate has remained strong since her diagnosis, but she admits it has been difficult. Therefore, the actress realized that she might not act again. She told Variety about her future acting plans, “I don’t know. I’m pretty convinced that this was it, you know?”

“But who knows — I’m probably gonna get real bored of being in my room. I’d like to develop stuff; I’d like to produce stuff. I’ve got a lot of ideas in my mind, and I just need to get them executed,” she added.

A before and after picture of Christina Applegate following her MS diagnosis (Source: Twitter)

Though the actress finished filming Dead to Me Season 3, the process was difficult for her. She had difficulty standing and walking, and the show had to get creative because her diagnosis was not written into the storyline.

She explained in the Variety interview, “It was all of us together, enjoying our last months together, and making the most out of my s—t situation that I used humor to kind of keep my wall up. I had people laughing about it all the time.”

“I was in a wheelchair, but I’d also have my cane. So they would push me to set, and I’d hit everyone with my cane! And I’d go, ‘Corner! Corner!’ And then you’d hear someone from the other side of the set go, ‘Corner!’ We made fun of it.”

Moreover, Applegate’s Dead To Me co-star James Marsden spoke about the actress’s strength as she battled her health condition. He told Entertainment Tonight, “Nothing will keep her down, and she will battle and fight through anything. I admire her as a person.”

He also stated, “She will find a way to overcome any obstacle that life presents to her, and she is doing just that. It’s motivating to observe. It’s inspiring to see.”

Applegate’s decision to make her diagnosis public may help people with MS and other diseases. She said, “Even though MS is the most common neurologic illness following traumatic injury, it is still relatively unknown to the general public.”

The actress adds that learning how to manage MS from others who have the diagnosis can be a potent tool, particularly when it comes to managing symptoms like fatigue, weight gain, cognitive challenges, and physical difficulties.

Linda Cardellini Revisits Her Most Notable Movies and TV Shows