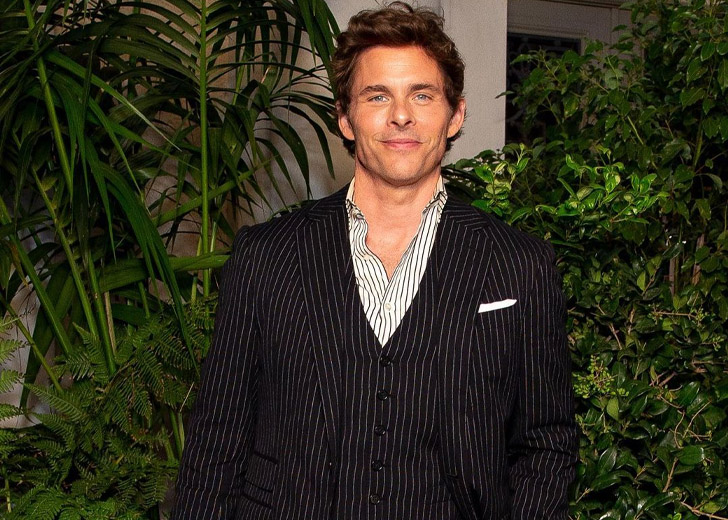 American actor and model James Marsden is best known for his roles as Steve and Ben Wood in the Netflix black comedy series Dead to Me. He has been in the acting industry for nearly three decades.

On an episode of CBS’ The Late Show, Marsden recalled his teenage years. The show’s host, Stephen Colbert, asked, “As a teenager, were you a stud growing up?” to which Marsden replied, “I was not. I was sort of a theater geek.”

Later, Colbert challenged Marsden by pulling out a photo of the actor as a student at Oklahoma City’s Putnam City North High School. At the time, only a few people in the audience cheered, and Marsden laughed and said, “You chose the best photo of me in my high school yearbook.”

After a while, Colbert asked, “Would you like to see my best high school photo?” and displayed the photos side by side, in which Marsden appeared far more attractive. However, the actor revealed that the photograph was pre-photoshop.

Moreover, Marsden admits that looks aren’t everything. He said, “I was goofy. I was in the theater , and I was the guy who was probably a little too excited to be playing Hugo Peabody in Bye Bye Birdie.”

James Marsden before the fame

Marsden was not the most attractive in his teenage years, but he believed in his talent more than his appearance. When the actor tried to break into the entertainment industry, his parents were highly supportive.

He wasn’t going door-to-door, knocking on agents’ doors to get the part. Later, when the actor went to his first audition, he felt compelled to make people remember him and demonstrate why he should be cast in this role. Since that day, Marsden has been active in the acting field.

Marsden has come a long way from 1990 to 2022, with many challenges and struggles. The actor has appeared in dozens of films and television shows, including Superman Returns, The Notebook, Westworld, and many others.

Marsden’s appearance has changed dramatically along with his work. People who used to consider him goofy now call him the most attractive guy in the television industry.

Marsden has an estimated net worth of $10 million. He has over 70 acting credits and is well-known for his work in both film and television.

In 2000, the actor was cast in the role that would catapult him to fame: Scott Summers/Cyclops in the X-Men franchise. He has also appeared in films such as Hairspray, Enchanted, and Anchorman 2: The Legend Continues.

As mentioned earlier, he also played the role of Steve and Ben Wood on the Netflix series Dead to Me,  and in 2020, he played Stu Redman in the CBS All Access miniseries The Stand.