Melissa Rivera wrote, "Happy 2 years to the most amazing guy I've ever met." 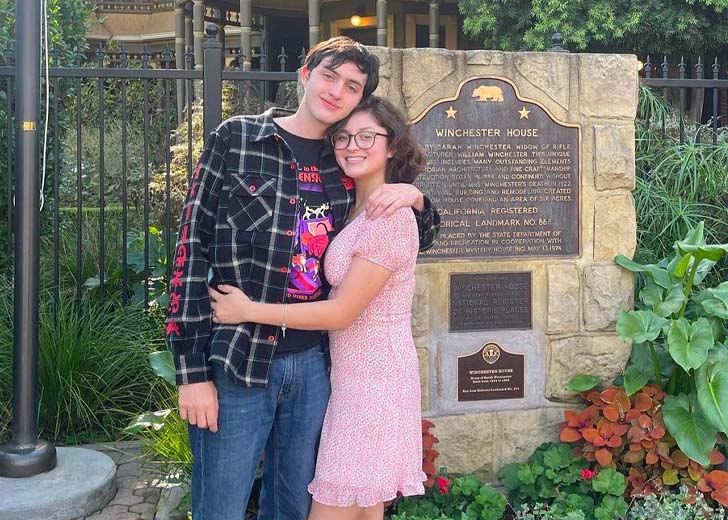 The Cobra Kai actor Gianni DeCenzo has been romantically linked with his girlfriend Melissa Rivera for over two years.

The actor and his girlfriend have been head over heels since they met and frequently appeared on each other’s Instagram.

The young actor DeCenzo and his girlfriend Rivera have been in a relationship since 2019. On November 3, 2020, she uploaded several lovely pictures with her boyfriend and wrote, “Happy 1,” with a love emoji.

After a year, on November 3, 2021, Rivera shared a series of pictures with DeCenzo via Instagram, commemorating their second anniversary.

The Miss Teen California USA captioned the photos, “Happy 2 years to the most amazing guy I’ve ever met. I love you. Here’s to many more to come.”

The Cobra Kai star also shared photos of themselves with Rivera that day with a heartfelt message. He wrote, “2 years ago on this day I made the worst… I mean best choice of my life! I love you, you dang nerd! Happy anniversary!!!”

The couple flaunts their love for one another to the world rather than keeping their relationship a secret. They regularly show up on one another’s Instagram accounts.

The talented actor was born on October 27, 2001, in Los Angeles, California, to parents who were both previously in the entertainment industry.

Before DeCenzo and his older brother Anthony were born, their parents worked as actors, and seeing his parents as actors inspired him to be one.

In an interview with Cryptic Rock, the actor revealed that his parents met in an acting class and proposed to his mother in the same class.

At 8, he approached his mother and asked when he would be able to be on TV. Taking that cue, his mom captured some pictures and sent them to some agents.

Then he got to play in some commercials and short films and later landed the role of Demetri in the hit American martial arts series Cobra Kai.

In the series, he can be seen working alongside Mary Mouser as his older sister, Ralph Macchio, William Zabka, Tanner Buchanan, Thomas Ian Griffith, and many famous personalities.

DeCenzo has been diabetic since he was 13 and was later diagnosed with type 1 diabetes at the age of 15. In an interview with The Permanent Rain Press a year ago, he explained that even if having the disease was challenging, you do not have to let it affect you.

“I just try to show people that hey it is not a really big deal because when I diagnosed with it, at first it seems hopeless but I want to tell people like it is not a big deal. It just becomes whatever.”

Currently, he resides in the Santa Clarita Valley with Anthony, and his parents, who run a Respite Agency for people suffering from developmental disabilities, as his older brother has Autism Spectrum and OCD.

Besides acting, he is also trained in Krav Maga, a form of self-defense and physical training first developed in the 1940s.