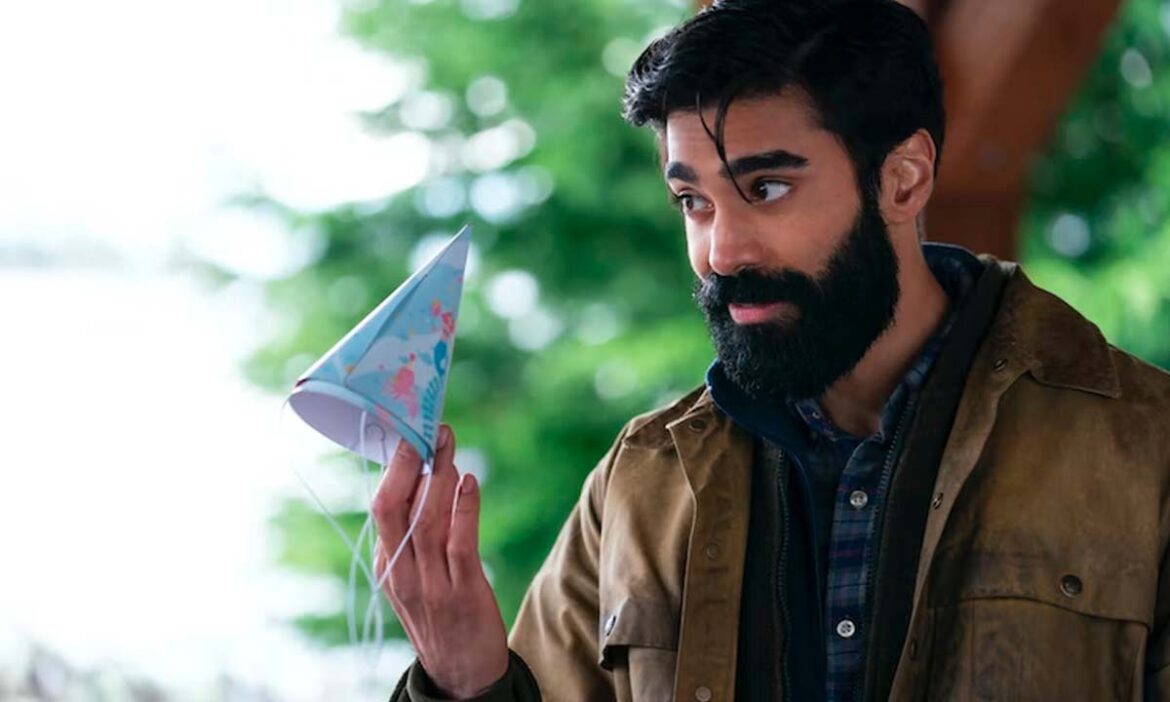 Raymond started acting as a child actor in The Lion King at the Princess of Wales Theatre in the early 2000s. Later, he played the character of Sav Bhandari in the teen drama television series Degrassi: The Next Generation from 2007 to 2011, which helped him gain recognition.

Similarly, from 2014 to 2017, Raymond starred in the web series Teenagers, for which he was nominated for an International Academy of Web Television Award and won an Indie Series Award in 2016.

He is also known for appearing as a supporting actor in the television series Orphan Black, Narcos, Shadowhunters, Burden of Truth, Ginny & Georgia, and Maid in Manhattan.

Raymond has been in the entertainment industry for nearly two decades and has a large fan base. As a result, many of his followers are curious about his family background.

Who are Raymond Ablack’s parents?

Raymond was born on November 12, 1989, in Toronto, Ontario. The actor is of Indo-Guyanese ethnicity and Asian race.

Raymond Ablack’s parents are overjoyed to be present at his graduation ceremony. (Source: Instagram)

The Ginny & Georgia actor has not revealed his parents’ names, but he has shared numerous photos of them on his Instagram. On May 7, 2015, Raymond posted a throwback photo of his parents with the caption, “My mom and dad, before they were mom and dad.” Following the post, one person commented that Raymond resembled his parents perfectly.

Similarly, on April 27, 2015, he posted an old photo of his father with the caption, “My dad. 18. Man Crush Monday.” People were perplexed after seeing the post and wondered if the person in the picture was him.

Raymond’s parents appear to be highly supportive of their children. On the occasion of the actor’s graduation, his parents and siblings appeared in the ceremony to support him.

Raymond Ablack and his sister Rebecca Ablack in Ginny and Georgia

Raymond shared photos with his sister Rebecca Ablack, who plays Marcus’ girlfriend, Padma, in Ginny and Georgia. He captioned the post, “It’s not lost on me just how impossible the odds were and how lucky I was to have lived a shared dream with my sister. Feeling grateful.”

Fans were blown away by the post, with one writing, “Oh my God they’re siblings,” and another adding, “You’re both amazing and you deserve it 10 fold.”

Even though Raymond and Rebecca work in the entertainment industry, they do not see each other as competitors but instead as they support one another. On January 22, 2019, Raymond shared a photo of Rebecca to congratulate her on being cast in a film.

“You know how I’ve been telling you that my sister is hilarious and talented and smart and woke and the next one to watch? Well, now you can. She just booked a role in a film,” he captioned the post.

Rebecca is not only the actor’s sibling; he also has another younger sister, Cassandra Ablack, and a younger brother, Jared Ablack. Raymond also posted a photo of Cassandra on September 27, 2022, to congratulate her on her tour with Disney on Ice and her role as Isabella in their new production of Encanto.

The actor might work out daily and follow a healthy diet to keep her body in shape. We can assume he is into boxing based on his Instagram because he has posted a video of himself boxing.