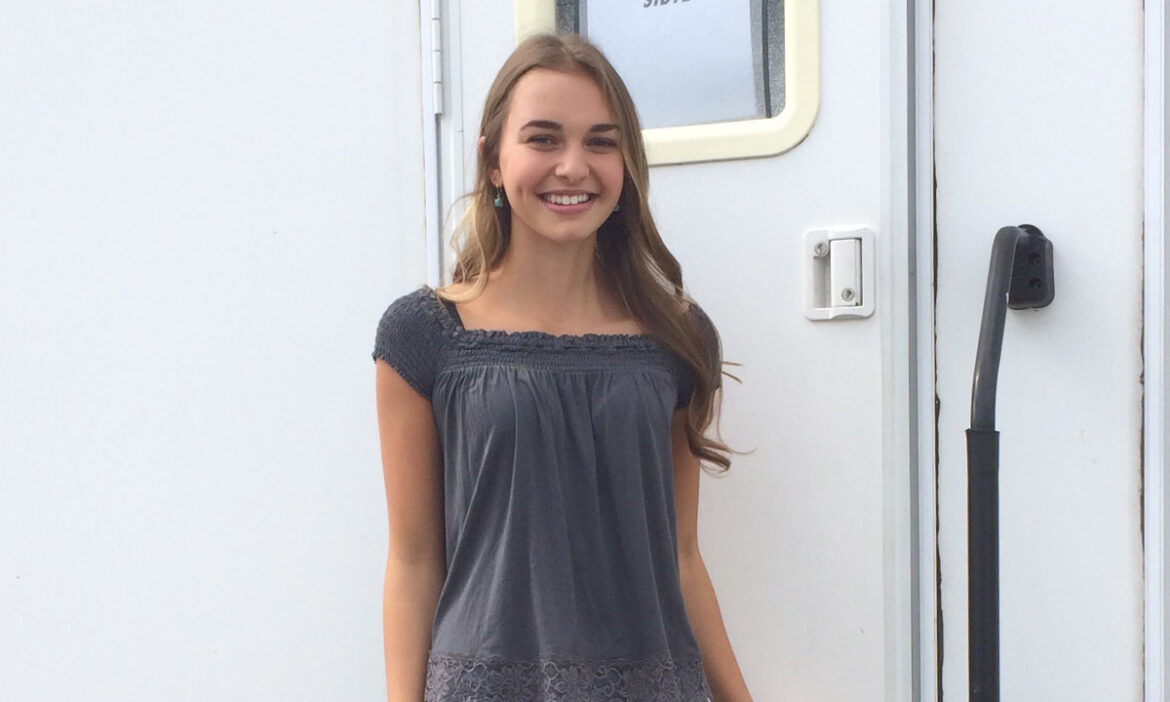 Nikki Roumel is a Canadian actress born on May 8, 2000. She is most recognized for her appearances in Designated Survivor as Sibyl Sadik and Holly Hobbie as Cheer Captain.

However, the show that brought her to the limelight is the Netflix show Ginny & Georgia. Ginny & Georgia is an American comedy-drama television series that follows Virginia (Ginny) Miller, a 15-year-old more mature than her 30-year-old mother, Georgia Miller.

The show is set in the fictional New England town of Wellsbury, where Georgia decides to settle down with her daughter Ginny and son Austin to provide them with a better life than she had.

Roumel played the role of young Georgia and was acclaimed for her role. Since then, people have been curious about her life, including her parents, dating life, and boyfriend.

Roumel has not said much about her parents and family life. However, it is reported that her parents are Dino and Tamara Smit Roumeliotis.

But other than this, there isn’t any information about her parents. Talking about her family, she has an elder sister named Talia Roumeliotis. According to her Instagram account, Talia is a registered nurse and is dating her boyfriend, Dustyn Doerr.

Not much is known about Nikki Roumel’s parents and dating life. (Source: Twitter)

It seems like Roumel had a close relationship with her late grandmother Irene as she often posts about her on Instagram. She penned a lengthy, poignant statement to memorialize her grandmother in September 2019.

She wrote, “Goodnight Irene I’ll see you in my dreams’ I’ll miss seeing you every day,” and uploaded a slew of pictures with her grandmother. The actress thanked Irene for teaching her to find joy in everyday life and said she would cherish her grandmother’s memories.

It is unknown if Roumel is dating anyone or if she has a boyfriend. The actress is very secretive about he personal life and has not revealed anything to date.

Moreover, her social media accounts reveal no posts where she introduces a man as her boyfriend. Instead, her Instagram account comprises trip images and postings from her family and friends.

She is also a poet and has a separate Instagram profile where she posts her poems. It appears that the actress is more concerned with her job than dating and having a boyfriend.

Roumel has been working in the entertainment industry since she was 13. In 2013, she began appearing in numerous theatre productions.

Her first on-screen appearance was in the short film Anaphylactic where she played Kendra. In 2015, she starred as a young native Indian girl in the horror film Creature Lake.

She played the role of Amber on an episode of Paranormal Witness the same year. Roumel took a break from acting after that, and her next job came two years later, in 2017, when she played Sibyl Sadik in an episode of the TV program Designated Survivor.

A minor appearance followed that in the 2018 show Holly Hobbie. She is known for her role in the Netflix comedy Ginny & Georgia.