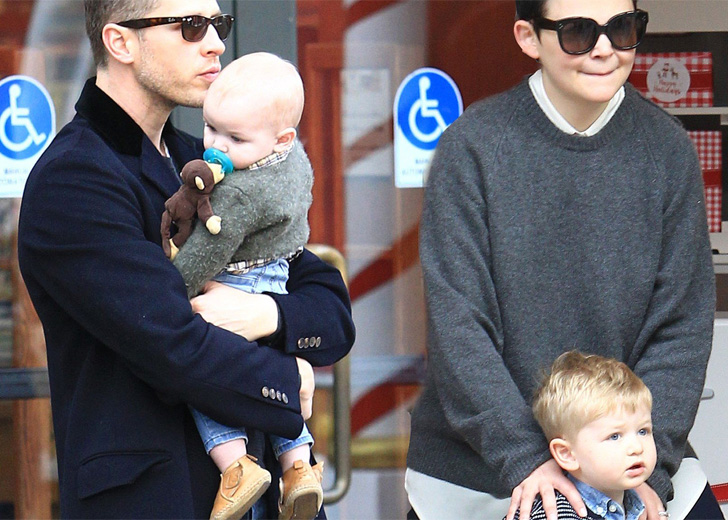 American actor Josh Dallas is best known for his role as Ben Stone in the NBC/Netflix sci-fi drama series Manifest.

Dallas’s breakthrough role came in 2011 when he played Fandral in Thor. The same year, he starred as David Nolan/Prince Charming in ABC’s fantasy series Once Upon a Time. Later, he did not appear in season 7 in 2017 after six seasons.

Similarly, the actor appeared in the films such as The Boxer, The Descent: Part 2, The Last Days of the Lehman Brothers, Ghost Machine, Five, and Red Tails.

In addition to his successful career, Dallas has a beautiful personal life. He is married to his wife, Ginnifer Goodwin, with whom he has two children. The actor’s fans were curious to know if the couple planned to have more children.

Do Josh Dallas and Ginnifer Goodwin plan to expand their family?

It seems like Dallas and Goodwin don’t intend to have more children because they seem happy as a family of four.

In 2015, the actor gushed to US Weekly about his wife, calling her the best mother he had ever met. He said the two were making it through despite hardship and restless nights.

After about a year and a half, the couple announced they were expecting their second child. Goodwin admitted that her second pregnancy was less complicated than her first. Josh and Goodwin were later blessed with a second baby, Hugo Wilson Dallas.

However, the couple never showed their children’s faces to the public. Josh frequently posts photos of their kids on Instagram, but their faces are blurred or hidden.

Furthermore, Goodwin gave her husband’s sperm to a friend who wanted to become a mother. In an interview with Insider, Goodwin stated, “I offered his sperm to one of my best friends who was going to be a single mom. And my husband and best friend were the ones who said, ‘This could lead to complications.’ And I was like, ‘I feel like you need to procreate.”

Josh’s wife further stated that she wanted to arrange it because she wished to see more little Josh in the world.

Dallas and Goodwin first met on Once Upon a Time in 2011, where they played Prince Charming and Snow White, respectively.

Later that year, the two made their relationship more public by attending a few events together. They made their red carpet debut at the world premiere of the My Valentine video.

After dating for about two years, the couple got engaged in 2013 and married on April 12, 2014, in an intimate California ceremony in front of family and friends. They soon began to expand their family.

Moreover, Dallas talked about Goodwin during a People Now interview in 2019. He said that getting to know his future wife was one of the highlights of working on Once Upon a Time.

As of 2022, the couple celebrated their eighth anniversary. The actor also posted the picture in April 2022 and wrote, “Life is just better with you.”